Today is my birthday. I am the age I titled this post. I remember thinking when I was in my 30s that 40 seemed so old and far away. Now it is here, has been for awhile, and it isn’t so bad. In fact I think it is better.

Twenty years ago when I was in college studying English and creative writing – well before I became a graphic designer and then later an RN – I wrote a short biographical story for one of my classes. It was called “Twenty-three.” I don’t have the story anymore, I lost it when the basement flooded at my old house back in Missouri during the terrible floods of 1993. I lost a lot of my things then, stuff my parents had moved down there when I left for college,

The year I wrote the story was 1995. My mother had died the year before at Christmas, December 23rd to be exact. I can even tell you the time, 7:13 am, when the doctor came to tell us she had passed away after my father and I agreed to turn off the life-support machines. She fought a short and terrible battle against what began as breast cancer, and then spread throughout her body. Fortunately, most of the time she was not awake for it.

But I never got to tell her goodbye really, only whisper something like that in her ear as she slept, hoping somehow she would still hear me. I did not know then that the sense of hearing is one of the last things to go as someone is passing, so there is a good chance that she heard my last words.

The story I wrote in college was mostly about the loss of my mother the year before, and how my father and I were working on trying to repair years of a difficult and painful relationship. At times then, I was so hurt and angry at being left with him and not my mom. It was a struggle, and continued to be so until his own death several years later from cancer.

When he told me he was sick, I left my job in New York and went home to care for my dad. We were fortunate to make good use of our time together healing, forgiving each other and ourselves. It was one of the best things I have ever done, and set me on a whole new path in my own life. Though my father’s passing wasn’t easy, the blessing was that he and I found peace with each other at last.

I wish I had that story I wrote to read now. I would love to see where I was then in my heart, my mind, with my mom and dad, and compare it to where I am today. I can kind of remember the general tone, imagine the things I wrote and they way I might have written them. But it is not the same as being able to lay eyes on them again.

Usually November is a dismal month to have a birthday. Today the morning is sunny and bright, promising warmth and a slower descent into winter. It makes me hopeful. I know I have come a very long way since I was twenty-three. I wonder what will my life look like twenty years from now. How will my story read then? 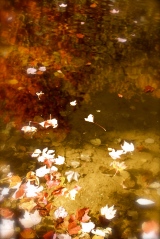 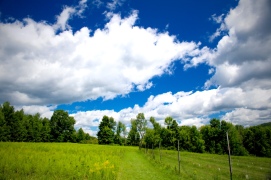