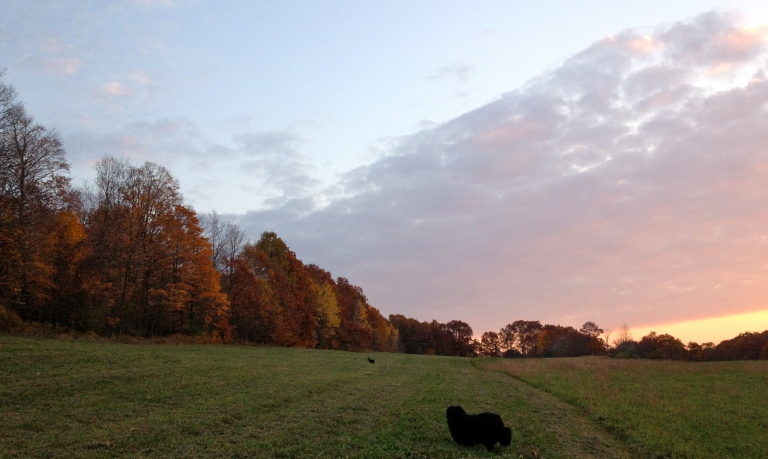 Yesterday as I was walking through the fields with my dogs taking pictures as I often do, enjoying the sunshine and wind, I felt myself drawn back to the place where a very old oak tree stands. It has grown up through a stone wall running through the property behind mine, and is likely a hundred years old, maybe more.

I discovered the tree a few years ago after first buying the farm. Walking the fields to find the property borders one rainy September day, I came to the stone wall at the edge of what had just become my field. I noticed a huge, dark shadow beyond the wall, almost like a hole in the forest of the neighboring property. My fields were all mowed and tended, supplying hay each year to a local dairy farmer. So it was easy to walk them. Beyond the wall it was overgrown, scrubby, and wild at the edge of the tree line, as if no one had been back there in a very long time. So I decided to risk trespassing and go investigate the mysterious shadow.

The darkness I found was alive, created by the presence of a massive old oak tree so covered with thick, undulating bark that light disappeared inside it’s crevices. And it had grown right up through center of the stone wall. I had never seen a tree so large, except in photographs of old-growth forests at the state historical museum in Albany. I certainly never expected to find one here in Hartford, seemingly forgotten and overlooked in the far corner of an overgrown field.

I was mesmerized, standing in awe of my discovery. The trunk was so thick, two or three grown men could have stood together and put their arms around it hand to hand. Limbs and branches snarled together, reaching out and up over all the young saplings – oak, maple, and hickory alike – dwarfing and sheltering them, simultaneously.

Barbed wire pierced the trunk, bark having grown up and around it, becoming a part of the tree itself. Roots as wide as my arms and legs tumbled down into and ran among the gray stones. It was hard to tell where the tree started and the wall began. At that point, it didn’t really seem to matter: They were one, the wall and the tree, as they had been for a century, I suspected. It looked as if a shrine should have been built at it’s feet, to pay homage to the old gods that I imagined living there. I would have built one then and there if the tree was mine.

But it wasn’t my tree. Still, I continued to ignore the posted signs and make pilgrimages to visit every now and then, to sit beneath it’s creaking branches on the lumpy rocks, press my face and hands against it’s rough skin, listening to the stories the tree longed to tell me…

I watched the wall going up, early farmers clearing the fields of rocks and piling them, one after another, into a low stone wall, saying, “that is your side, and this is mine.” I saw an acorn land by chance among the rocks one day, blown in or dropped by a passing deer, finding soil and shelter among the cool stones, it’s hard shell softening and tiny seed taking root. I saw the tree growing up slowly, year after year, season after season, in it’s quiet corner while far away wars raged and industry took over the world. I saw the barbed wire going up, farmers trying to keep their cows contained, pleased that they had the oak now to mark another boundary along their land. I watched as the cows disappeared, younger trees and shrubs finding purchase in the newly undisturbed earth, starting their own journeys in the tree’s growing shadow. And all the while generations of people were being born, living and dying, struggling and finding joy, while the oak simply grew on. I wondered if any of them had ever been quite in awe of it as I was.

Summer had gone by, vanishing with the frost, and I hadn’t returned to visit the tree in awhile. It’s massive canopy of leaves had begun to drop, burying the wall and the surrounding saplings in a soft, golden grave. I know that all things die, even old oak trees, and one day the tree would perish, too, of a storm, disease, or possibly if someone discovered it again and decided the value of the lumber was worth more than it’s impressive presence.

Feeling a bit melancholy at the thought, I looked down at the gray, rocky soil. Bright green leaves caught my eye, a tiny sapling stirring in the wind, leaves warming in the sun. Little oak leaves – healthy and bright and full of promise.

I kept looking. Here and there I found more saplings, very small ones, scattered about and taking root, finding shelter and nourishment inside the oak’s shadow. The cover of fallen leaves and broken branches littering the ground would allow more of them to grow, protected from the cold and animals looking for a tasty meal. Not all the saplings would make it. But even if just one survived, that would be enough. Enough to carry the old oak forward into a new century.

But I knew those wouldn’t be my trees. So I picked up a few remaining acorns and carried them over to the stone wall at the edge of my land. I pulled back the rocks and dropped the acorns in, deep enough I hoped, and replaced the stones, saying a small prayer for even one of them to take root. Then I can come visit and watch as another oak tree grows – this time my own – marking time as the journey of my life unfolds in it’s ever-widening shadow. 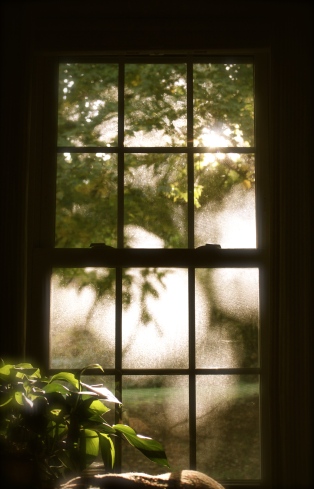 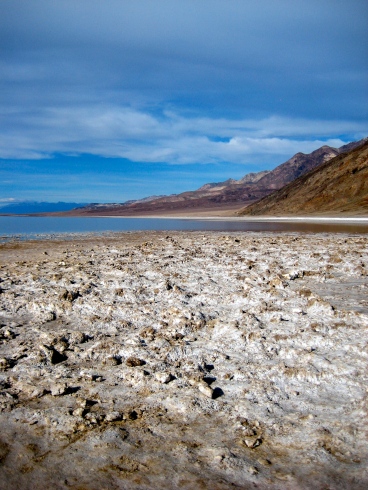 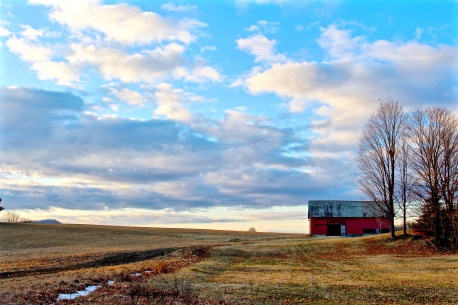 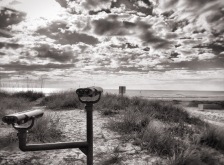 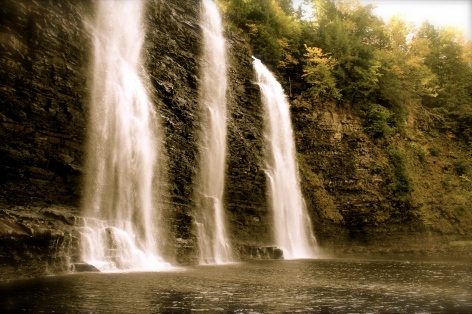 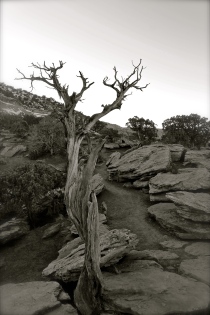 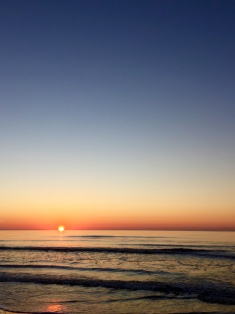 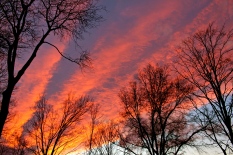 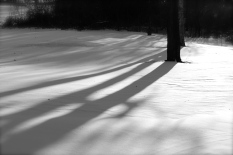 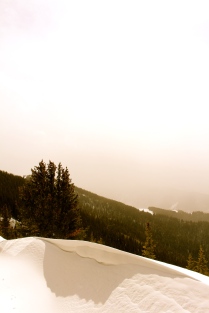 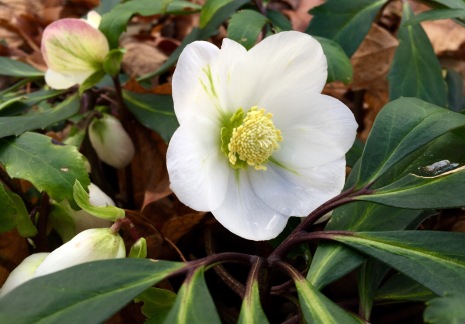 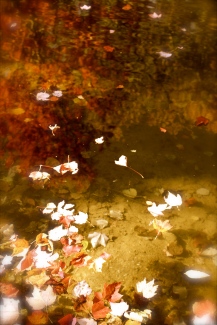 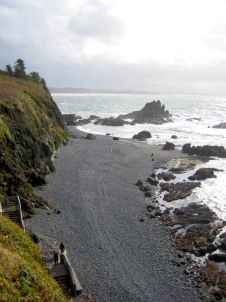 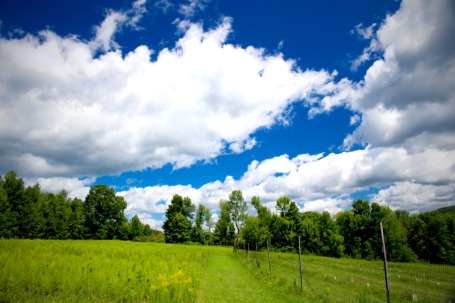 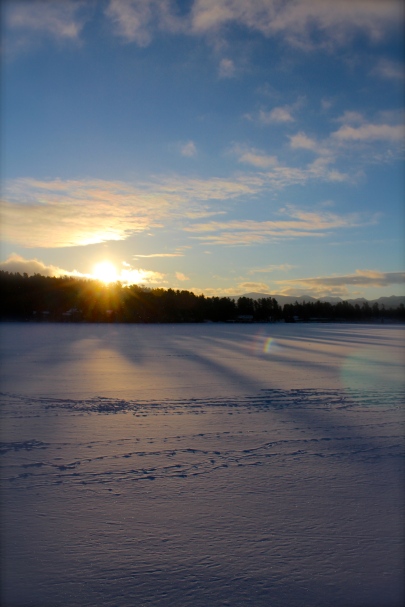 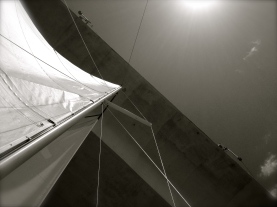 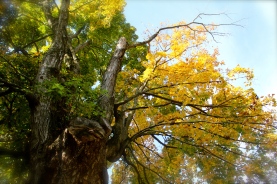 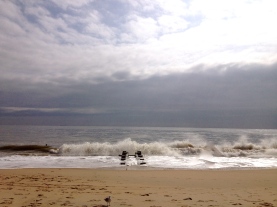 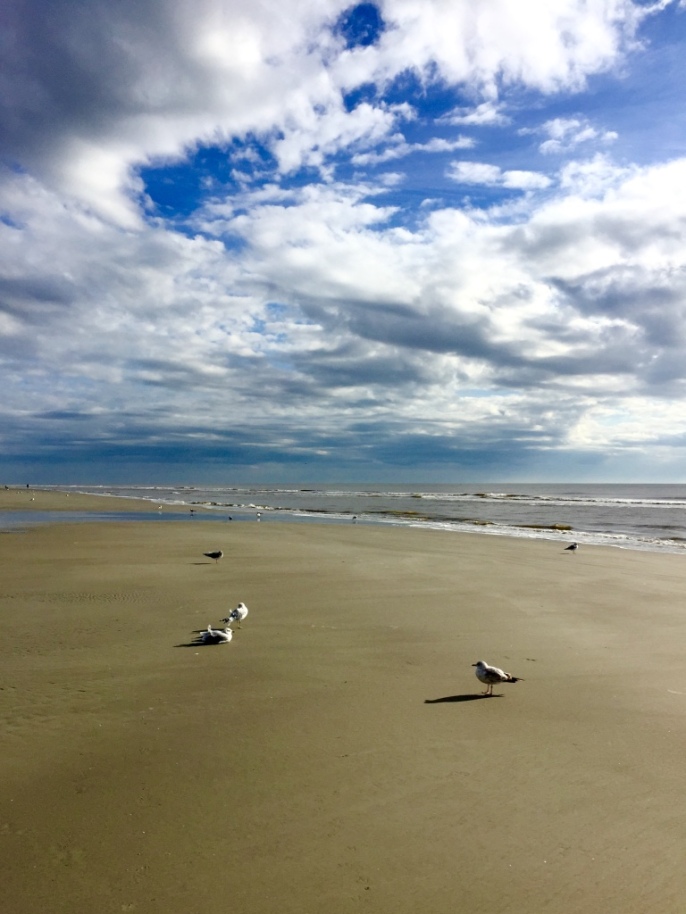